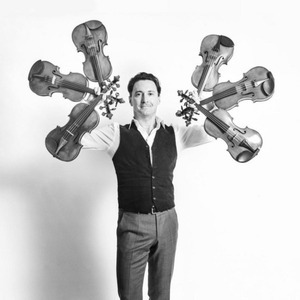 Jason studied the cello from an early age and became interested in violin making and restoration while searching for his first serious cello. At the age of 18, he enrolled at Cremona’s school of violin making, but lasted just two weeks there before deciding to study with Renato Scrollavezza in Parma. After living and working in Cremona and Parma for three years and completing nine and a half violins he returned to the US, where he took up a degree in English Literature at Williams College in Massachusetts.

It was towards the end of Jason’s degree course that the idea of starting Tarisio was born, and the company was launched in 1999. In recent years Jason has concentrated on broadening the reach of Tarisio with several initiatives including expanding the London office and concentrating on higher end instruments through discrete private sales.

Jason is the primary expert for Tarisio’s attributions and believes that a conservative and transparent approach to expertise is the way of the future.

Jason spends most of his time in London but spends one week a month in New York. As an avid photographer and technology enthusiast Jason enjoys Tarisio’s unique fusion of 18th-century instruments and 21st-century technology and wonders what yesteryear giants like Strad, Vuillaume, and the Hills would say of Tarisio’s new approach to violin sales and expertise.